Off the Wall Theater

Anne Stockton’s new one-woman show I Won’t Be In On Monday, which is receiving its world premiere at Off the Wall, might best be described as a character study, albeit one that requires a little detective work to uncover. When we first meet Stockton’s character, Nikki, she presents herself as a competent and poised professional – well-dressed, articulate, and charming. But as the play progresses, we get clues that she is not fully what she seems, and by play’s end the person before us bears little resemblance to the woman we first met. 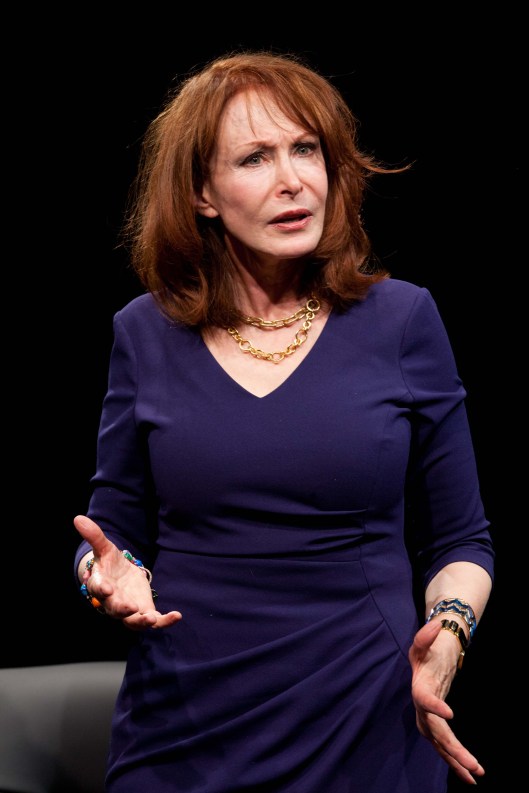 In fact, I Won’t Be In On Monday asks its audience to “play detective” in more ways than one, as it also explicitly puts its audience in the physical and imaginative position of the detective who is interviewing Nikki about the workplace theft of a couple of valuable rings – that is, Stockton’s monologue consists of answers to questions posed by an imaginary detective who seems to be sitting front and center of the audience. It quickly becomes clear from her answers that this detective suspects Nikki is the thief, a suspicion we just as quickly begin to share, as she begins to offer elusive answers to some of his questions and as details about her personal life – such as her imminent plans to spend a vague amount of time in Tahiti – engender suspicion that she’s about to become a fugitive from the law.

But all is not what it seems in Nikki-land, and what she has to hide goes beyond stolen rings. I don’t wish to spoil this little gem of a character study by giving away its secrets: part of what makes this a compelling story is that its ambiguous clues and its misdirections rope you into sympathy with a character that it might otherwise be hard to find common cause with. Stockton presents Nikki’s unraveling under pressure with sensitivity and subtlety; she’s made a study of people like Nikki, and she gets the details right. Austin Pendleton directs with a light touch, using light and sound sparingly to capture the shifts in register in Nikki’s thoughts, moods, and tactics. Together they offer an opportunity to detect the humanity and pain in the kind of character we would generally prefer to keep at a distance.